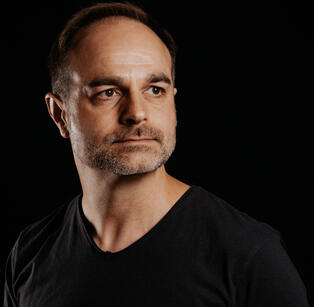 Thomas Lemmer is known as an Electronic/Ambient music producer. With 14 albums, 11 Eps, 30 singles, and multiple appearances on top-class Chillout/Electronic compilations, Thomas Lemmer is considered  one of the most active and established artists of his genre. Over 26 million streams on Spotify alone prove  his relaxed sounds are highly on-demand in this fast and hectic world.

Thomas Lemmer loves collaborations. Together with Christoph Sebastian Pabst, he produced the album  MEERBLICK & BERGBLICK (Sea view and mountain view). Two concept albums with a focus on the sea and mountains. Both albums were a great success for both. Further collaborative releases are already in the  planning stage.

With Andreas Bach, he produced the album NIGHT TRAVELLERS and PULSE. Two very organic albums that are highly regarded in the scene. The two musicians emphasized sound design and real recorded instruments—a contrast in electronic music that the two artists skillfully combine and continue to develop further.

Thomas Lemmer has also worked on songs with singers on some of his albums. Among them are Lena Belgart (known from The Voice of Germany), Valeska Rautenberg, Naemi Joy, Richelle Claiborne (USA), Tina Sona, Sabrina Vieweber, Esther Esrah (Austria).

“If you don’t want to lose hope, you’ve got to get up and do something,” Thomas Lemmer says. He does that very thing. He dedicates himself to the hope of what it’s going to be like after the isolation of all the people.

ARISE is the first single of his upcoming album HOPE. Lemmer defines a theme for every album he writes – both musically as well as in its meaning: “In doing so, it’s very important to me to always develop my music further and never stand still”. ARISE fascinates with its sophisticated arrangements, which are musically complex and at the highest stage because every single detail is important to him.