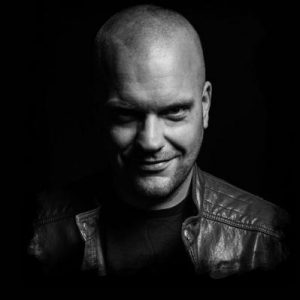 A child of electronic music and Spardel bears the influence of his German forefathers, such as Tangerine Dream, as well as Pink Floyd who are referenced in the sonar ping that opens the first track “Asylum Harbor.” But Tigerforest’s sound is more opulent and orchestral, a la Vangelis, and also employs many of the sound designs of contemporary electronic music, from Trance to Dream-Pop.

A largely self-taught musician who has played synthesizers since age 12, Spardel has a remarkable command of orchestration, arrangement and dynamics, as revealed across the 71 minutes of The Tides of Day and Night. It’s immediately evident that he’s worked in cinema: he’s scored low-budget films like Dead Men and Dumar: The Rising.

His music is propulsive and driving. Although the title of “Find the Tree” makes seem like it would be a pastoral work, this is more of a charge into the breach, with driving percussive rhythms, stratospheric synth pads and thundering orchestral chords. Tracks like “Chasing Starlights” use aggressive synthesizers on stun, lacerated by thunderstorm percussion and sci-fi Theremin from Amethyste.