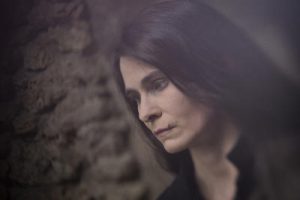 Nerissa Schwarz has been writing and recording songs and genre-defining instrumental music for more than ten years.  Following a collaboration for her 2009 debut album under the moniker of Coronal Rain, Nerissa was invited to join the internationally acclaimed progressive rock band Frequency Drift as guest composer and musician for the 2011 release Ghosts.  She soon became a band member and started contributing her own songs and unusual electric harp arrangements, which have become a trademark of Frequency Drift. So far, Nerissa has recorded five albums with the band and performed live in Germany, the UK, Italy and the Netherlands.  In 2014 she began working on solo pieces and totally immersed herself in writing, experimenting, arranging, recording and producing the music. The result is her first solo album, Playgrounds Lost, which was released in September 2016.